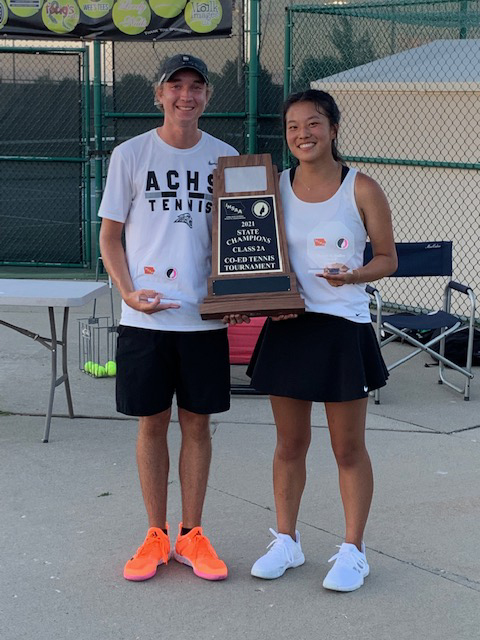 Centennial coach Tami Lewton said we were super excited for this pair up. Blevins had placed second in State singles and Guan had placed 6th in doubles. “We had no idea how they would play together on the court and they competed with such unity, dedication, and teamwork they were unstoppable!”

The Dowling team that they beat had placed first in State singles. Blevins had an individual goal of placing first in the beginning of the season but instead ended up with a championship title along with partner Claudia. Coach Lewton said, “This pairing showed these two were able to triumph over by working together and proves if you are a great team player, amazing things happen.”