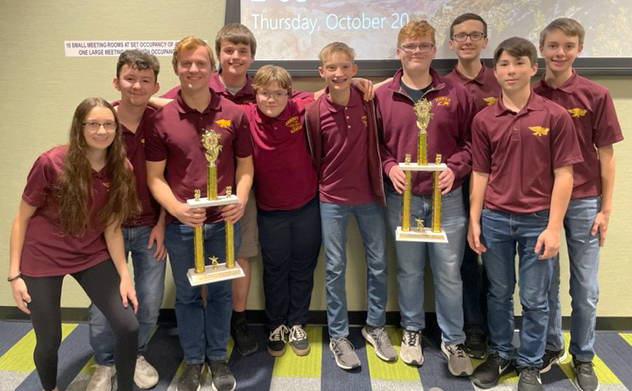 Congratulations to the Southview 9th grade and Ankeny High School Quiz Bowl teams. The team captured both Iowa State Knowledge Bowl titles this past Thursday, October 20, 2022 at the DMACC Campus.

This is the second championship year in a row for this team and they were able to set tournament records during the event. The high school team won by the widest championship margin in state history. The 9th grade team beat all of the small high school teams in the state.

“I am so proud of these students,” said Nathan Coombes, Quiz Bowl coach. “Since the program began nine years ago, we’ve made history by winning a record sixteen championships among the different teams.”