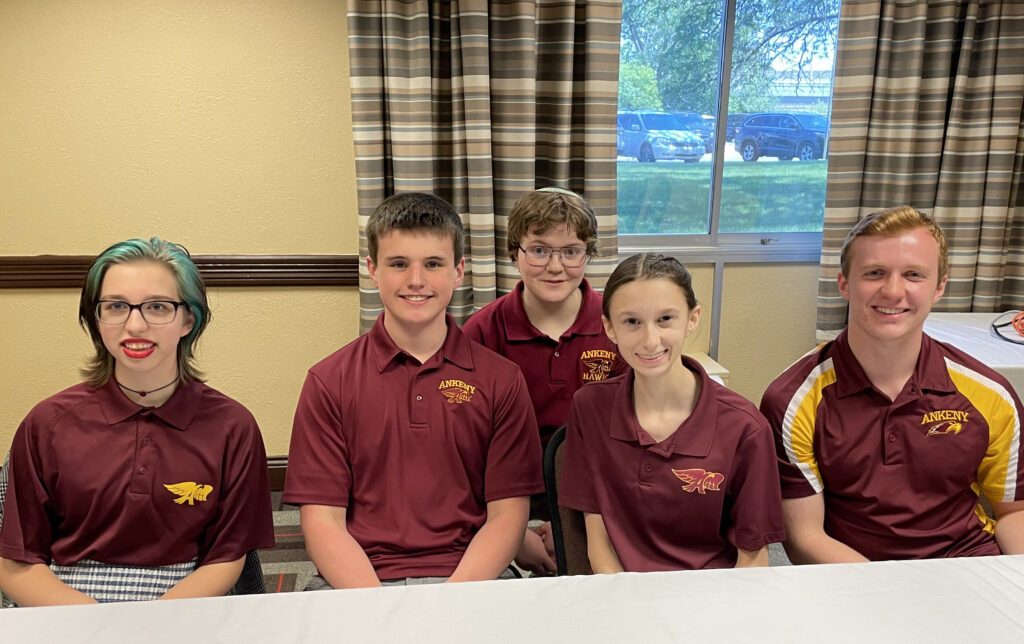 The Ankeny High School JV team placed second at the 40th annual Academic Championship. Over 60 teams from across the country competed at regional sites to qualify for the playoffs. To participate at regionals teams must win a state competition or place second or higher at a large competition. This team placed third at the Chicago regional and qualified for the playoffs as a wild card team with wins over teams from Illinois, Arkansas, Kentucky, and Ohio.

During the playoffs they defeated Allentown, PA on the last question of the match. Following that competition the team beat the number one team from Somers, New York and in the semifinals defeated Jenks, OK in overtime. During the championship the team lost to Ft. Smith Southside, Arkansas.

Coach Coombes said “I’m so proud of these students they never gave up and beat some of the best teams in the country. The amount of knowledge and information they learn in and out of the classroom is amazing.”