Mr. Marcus E. Price has taught in a number of public and private schools of all sizes in Nebraska and Iowa since 2010. Mr. Price received a Bachelor of Arts (BA) in Spanish and a Bachelor of Music Education (BME) in 2010 from Nebraska Wesleyan University.  In 2014 he was awarded the Nebraska State Bandmasters Association (NSBA)  Jack R. Snider Young Band Director award and has been a clinician at several NSBA  and Nebraska Music Education Association conferences on topics concerning recruitment/retention and directed skill acquisition or teaching how to practice. In 2017 Mr. Price received a Masters of Arts (MA) in Education from the University of Nebraska and he moved to Ankeny in the Summer of 2018. 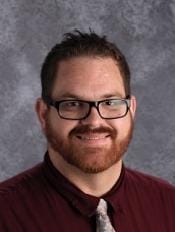