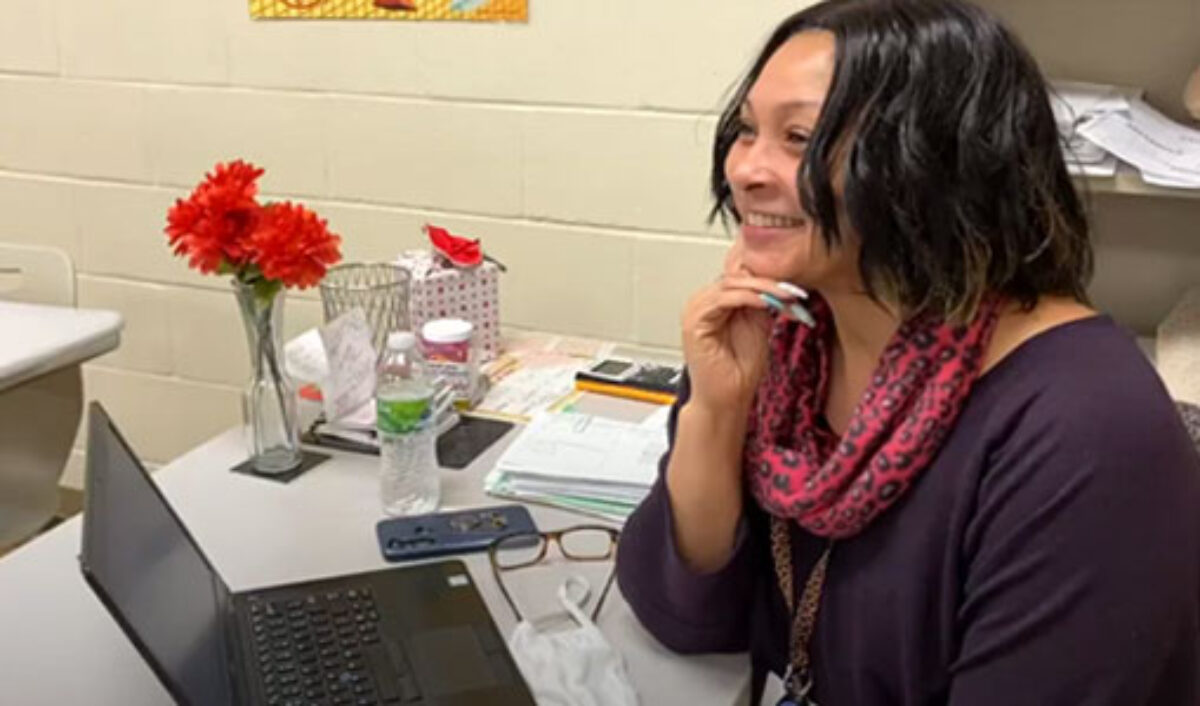 The students at Southview Middle School have merged art with activism to share the stories of people that they admire. Their inspiration, however, was formed in math class.

Each day during Black History Month and Women’s History Month, Davena Johnson, a math educator at Southview Middle School, took a moment during her class period to highlight a person or event in American history that is often overlooked or left out. What started as an opportunity to bring attention to these important aspects of American history turned into a daily routine, which Johnson found that her students craved.

She taught her students about Ruby Bridges being one of the first students to try to integrate schools, and Claudette Colvin who did not give up their seat on the bus before Rosa Parks. They discussed the Little Rock Nine, and looked at some of the inventions that African Americans have contributed to America.

As these inspirations were included in conversations in math class, the lessons carried over into the art room.

The Southview students were prompted to create art inspired by historical people who they admired and wished that they had the opportunity to meet. Their work now hangs on display in the hallway near the art room. Johnson said she was touched when she walked along the hallway and was met with images depicting Claudette Colvin, Martin Luther King Jr., and Lewis Lattimer, among others.

“As a teacher, I often try to plant the seeds, but you never know when or if the flower or fruit will grow and perhaps turn into a tree. But when I walked in the school building and I saw the remnant of said fruit, my heart was so full,” Johnson said.

Many of the inspirational people included in these works are less well-known and celebrated African American individuals that she and her students had discovered and discussed in the weeks leading up to this assignment.

“When I saw Lewis Latimer next to Rosa and Martin, I was tickled pink that someone was listening,” Johnson said.

Johnson said that she is thankful for this engagement in interdisciplinary learning and the perspective shifts that she is seeing in her pupils because of it.

“I am so glad that they had a place to share what they had learned in class. It was a humble and inspiring reminder of why I do what I do, and I’ll keep trying to plant the seeds of change, acceptance, and truth.”

All News
All News